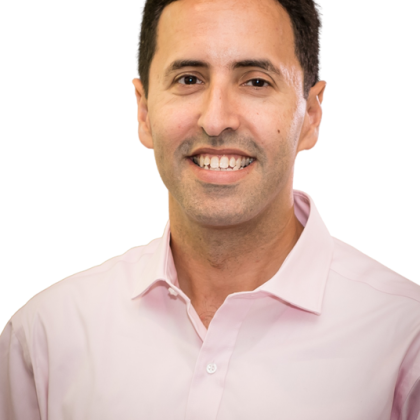 Today we’re finding out more about David’s day-to-day life, the inspiration behind Serial Marketers, his predictions for the future of marketing, and the many lessons he’s learned along the way.

You’re the founder of Serial Marketers, what does a typical day look like?

Serial Marketers is a passion project, and the community is free for members, so most of my day revolves around the client work I do. But on a daily basis, I’m welcoming new members, approving requests to join, connecting with people in groups over DMs, sharing any relevant links and jobs I come across, and sending other updates to my team to manage. Beyond the interactions that happen largely in Slack, I have email newsletters, a job board, an event calendar, events promoted through platforms like Meetup and Upstream, a LinkedIn presence, and other channels; my team helps me across all of those.

What inspired you to start your Slack group, and when did it really start to pick up traction?

The original inspiration came from the name. When I started using Serial Marketer for my own business in 2016, I felt that there were lots of serial marketers out there. It took a job transition I was going through in July 2018 to motivate me to start it. When we crossed the 500-member mark about a year later, I felt that it had legs. In April 2020, we reached the 1,000-member milestone just as the pandemic started (and when many of us thought the end was weeks away), so now nearly two-thirds of the members have only been a part of it in the Covid era.

You have built a wonderful community with Serial Marketers. What does community mean to you?

To me, the best way I know how to gauge whether it’s a real community versus some other kind of group or mailing list is to ask, “Is this a place where members support each other and create opportunities for each other?” If not, it’s probably not a community. If it is -- whether it’s a church or mosque, a knitting or running club, or a professional networking group -- then it’s probably a community that matters to its members and meets its members needs.

You can have a gym where everyone goes to get fit, and that provides a lot of value. But if that gym hosts classes or clubs where members know each other’s names and look out for each other to improve each other’s health, the gym creates community. Not everyone needs to be in the community business, and many businesses say they are in the business when they aren’t because it feels so good.

A pet peeve of mine is when newsletter publishers say, “You’re part of this newsletter’s community.” No, I’m not. I have no clue who reads it. No one supports me, the publisher included. I can’t support anyone else. I love newsletters; just call it what it is.

What have been some of the lessons that you had to learn the hard way along your career path?

For me, so much of what I’ve learned is experiential learning. I’ve made a career out of learning a ton on the job and venturing into new areas. I helped 360i launch its social media division in 2006, back when very few agencies servicing enterprise brands paid attention to it. I joke that at that firm, I was one of the first people in the industry to include “innovation” in my job title, and I was one of the first to drop it from my title when I realized it was dumb to have a single person who seemed to be responsible for something that everyone should be doing.

The fact is that I’ve innovated. I’ve launched business units. For most of the roles I held, I was the first person at the company to hold them. I’ve read a lot of guides to community management but have no one’s roadmap for my community but my own. This year, I originated the $CMO coin on Rally.io, the creator coin platform. I’ve had incredible business mentors like Sarah Hofstetter who wound up becoming the CEO of 360i and Mark Naples at WIT Strategy who helped me pivot from editorial work into a marketing career, but I’ve had to make up a ton as I’ve gone along, and that is never easy.

What is the best part about the work you do?

The best part of the day job is the clients I’m working with. I spend most of my time with the agency WITHIN, and while I can’t shortchange other teams by saying this is my favorite team I’ve ever worked with, I can at least publicly note how appreciative I am to get to work with with so many inspiring, dedicated, brilliant people.

The best part of the community work I do is when I hear about members supporting each other and transacting with each other. One friend in the group just told me he signed a deal with another member, and I think both organization

Any predictions on where you see the marketing industry in the next 10 years?

I’m hoping it’ll be more diverse. We have a lot of glass ceilings to shatter. In marketing, you can get a lot more misfits than in other fields -- people who weren’t trained to be marketers but stumbled on the field and got sucked in. We need way more of that, and we need way more people from way more varied walks of life. It’s not just about gender and race and sexual orientation, though those are all important. For marketing to thrive, we have to be willing to take chances on more misfits who never wanted to be in marketing in the first place.

Beyond that, I’d say we’re overestimating the role artificial intelligence will play in quantitative fields and underestimating the role AI will play in qualitative fields. Many assume AI will handle a ton of analytics and media buying, but such people neglect the role humans will play in dictating strategy. Many don’t quite appreciate, however, how much of the creative process can be handled by AI, even if we of course need humans intimately involved and won’t be replacing human creative teams with bots.

One piece of advice that you would give your younger self?

Buy Bitcoin at the earliest opportunity. Beyond that, I’d say to spend more time building relationships with people you respect at work and get to know them outside of the office. I was at the agency MRY at a point when there was a lot of downsizing, and many of us spent more time commiserating together as our tenure was wrapping up. I regretted not doing a lot of that sooner, as I forged some friendships there, but there were so many opportunities for more of that at MRY and in other roles. It’s a classic lesson of knowing what you’ll miss only when it’s over.

What does mentorship mean to you? And how has it impacted you personally?

I’d be nowhere without my mentors, especially from college onward. Some of the most important influences in my life weren’t mentors but catalysts -- people who changed my life by playing a pivotal role at a crucial time and then disappearing. For instance, when I was a senior in college at Binghamton, I went to a career guidance night in Manhattan and told a guy in publishing that I wanted to explore an editorial career. When he heard that I had started a website back in 1999 (the first digital media outlet for Binghamton, and presumably one of the earlier such websites at any university), he told me to talk to his brother who ran a digital competitor to TV Guide called Gist. Gist’s CEO, Jonathan Greenberg, inspired me to try my hand in the digital media field, and that one interaction changed my life.

More involved mentorship has been so crucial to my career. When I was at 360i, I benefited from it, especially from the guidance of my boss, Sarah Hofstetter, who I worked for for seven years. But I also learned the value of mentoring others. In the open floor plan, I sat right by the intern pit, so I got to know a lot of the new talent coming into the agency. Some agency vice presidents might have considered that a demotion, but I loved their energy and the chance for us all to learn from each other.

I’ll share one more story. A woman who went on to have an illustrious career was a very junior hire at an agency I worked at. I was never that close with her, and I actually didn’t think she liked me all that much. But she ran into me at an industry party and told me, over music so loud I could barely hear her, that my taking the time to meet with her early on meant so much to her. Even small acts of mentorship can go a very long way, and it remains one of the more touching and surprising interactions I’ve had with anyone.

What’s next is that there are constantly new forms of value created within the community. I want to make it even easier for people to share what they’re looking for and what they’re offering, and then I want to be able to easily connect the right people with each other. Our new job board is another example of how we’re providing more ways to source and organize opportunities.

And then I’m excited about what we can do with the $CMO coin, which we use as a form of currency within the community. Members will have more ways to use this themselves, and hundreds of members have collected rewards this way. Most exciting in the short-term is that it’s a way for members to learn about new technologies while being early adopters themselves.

Where can we find you?

Literally, in a cramped home office in Manhattan that was my apartment’s terrace before it was enclosed. The previous owners could not have foreseen that a human would spend 10 hours a day standing in that little box while using all the windows as dry erase boards.

Digitally, I’m most accessible through LinkedIn, Twitter, and my Serial Marketer site. Any readers of The Spin can request to join the Serial Marketers community via the link at SerialMarketers.net. If you mention you heard about it here, I’ll let you in even faster.