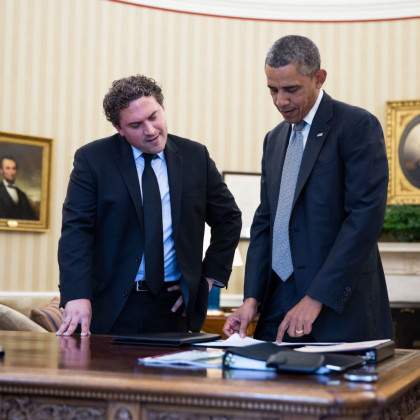 The freshly introduced Mixing Board community of comms and brand leaders shares insights and experiences among the membership and with organizations who want their perspective. We also want to bring our collective views to a broader audience to help increase the understanding and adoption of smart and contemporary comms and marketing strategies and approaches. One way we’ll do this is through a regular “Studio Session” with Mixing Board members. It’s a live interview that we’ll be doing with the community and select invited guests. We’ll be sharing highlights of many of those conversations here.

Cody is currently a partner at Fenway — a strategic communications firm focused on executive leadership, speechwriting and messaging. He’s also working on a book of his own. As Variety notes, “‘Grace’ will be released in 2022. Keenan’s book will focus on 10 days in Obama’s presidency, during which he helped write addresses for the president dealing with everything from a public debate on the Confederate flag to Supreme Court rulings on healthcare and gay marriage.”

Among other topics, Mixing Board founder Sean Garrett and Cody talked about leadership and taking risks by stepping into hot societal topics — from political leaders to CEOs. Following are excerpts of that conversation.

Sean Garrett: How much of a worry about “being risky” came from President Obama being such a new kind of president? Was that a thing that you guys had to get past?

Cody Keenan: We always had these long tortured meetings about, “Well, can the president do this? What happens if he does this?” A lot of the time, we just weren’t willing to take enough risks or even with things that aren’t risky. There is a balance to strike between doing things the way they’ve always been done and completely blowing up the process. We came to that pretty late, I think. President Obama was usually the least risk averse of any of us. He was always the one who would say, “You, guys, are analyzing this to death. Let’s just do it.”

Most of the time, if you actually do something, like marriage equality, for example. People are always like, “He can’t come out for this, can’t come out with this.” You come out for it. It’s actually not that big a deal. You’re rewarded for it. It ended up being much ado about nothing. People were like, “Yeah. It’s about time. That’s where the rest of us have been.” That’s where Washington’s usually behind the eight ball. People treat doing the right thing or telling the truth or just meeting people where they are as some big revelatory thing, when the rest of the country is already there.

SG: When the Administration started in 2008, companies kept their heads down and did company things. Now, we’re in a place where companies are more active than even some politicians in taking on controversial stands. Is there a way that you think companies could be especially useful in entering into these conversations? What’s the best lane for them?

CK: It’s that word controversial again. A lot of these stances are not controversial, but it’s just the first time that a company this big or a politician that important will wade into them. A couple of years ago, I remember watching the Super Bowl and thinking, “Wow, that was the most woke liberal Super Bowl ever.” But this is where most people are on things. I remember, was it 10 years ago now, they showed a gay couple in a Cheerios ad. People still eat cheerios. A few years ago, there was a Budweiser ad during the Super Bowl where it praised immigrants like Adolphus Busch. You didn’t see people on the streets pouring Budweiser in the gutters.

I think you do it if you actually believe in it and if you’re ready for people to look at you. If you’re coming out progressive on something, or where people are, you better be ready for people to look at your board and see what the makeup is of the seats on your board. Is it 12 white dudes before you come out for Black Lives Matter? If you’re pledging all this money for social justice, you better make sure that you’re sending it to the right places. Backup your actions with what you’re actually doing internally because this is an era where people will look and call you out for it.

SG: After Trump completely blew up the entire system of how communication was done by a White House, I guess the binding imperative is to bring things back to normal again and maybe that feels more comfortable. Is that what your take is?

CK: I do think it’s a great opportunity to change things for the better. I know, for example, it is a small thing. They are changing the weekly address for the first time this week which most people don’t know the weekly address is. This was FDR’s fireside chats, Saturday morning conversations with America. We just continued that tradition. As speechwriters, we hated it because it just meant extra work. The president has to record on Friday afternoon a five-minute weekly address. It’s basically just a way to drive a story on Saturday when nobody’s paying attention. If we wanted to be about student loans, he’d do it on student loans. The AP will run a story in the newspapers on Saturday. It goes live on YouTube, and CNN would usually play it. We hated it because it just was make work that doesn’t actually do anything.

I don’t think Trump ever did one. As speechwriters, that made us so jealous. We were like, “That was an option?!” Fortunately, the Biden team has a lot of people in there who have learned these lessons. For the weekly address, they’re actually just having Biden sit down and talk with a voter each week over Zoom and then releasing that which is just a much better way of doing things.

SG: When you obviously know the soul of a human like maybe Barack Obama and you basically can intuitively write for that person, how do you shift to writing for someone who you just met or you just did a Zoom call with?

CK: It’s funny because they’ll often ask, “Can you make me sound like Barack Obama?” The answer is no, and you shouldn’t want to. I can help you sound like you and we can figure out what that is, but you should write something that only you can say. And the same is true for speeches. I’m not going to write a speech and give it to somebody that could be read by anyone. You wouldn’t be able to tell the difference. Like any good speechwriter relationship, I’ll insist on talking one-on-one with the person. Say, a corporation reached out to us, I’d say, “Well, if you’re not going to give me Facetime with the CEO, I’m not going to do it.” That’s actually not for my benefit. It’s for the CEO’s benefit. Hearing from them directly, what makes them tick, being able to watch their mannerisms, figure out their world view, they’ll be much happier with the product they get than just something that’s filtered through a bunch of communications aides or a chief of staff or whoever.

It’s remarkable how many people haven’t given much thought to who they are and what they want to say even at those high levels. Like you mentioned, I teach speech writing now at Northwestern. That’s one of the things I started doing after leaving the White House. I work that into my lessons. The first week, I say I want you to spend some time thinking about who you are and what you value and what your story is and write it out. That’s the first assignment. I say, “Pretend you’re announcing that you’re running for office. You have five minutes to tell us about yourself, what makes you tick. It’s alarming how few people think about that. Who am I? What do I value? What do I want?” It might feel silly, but just writing that up into a story actually goes a long way towards informing who you are and how you talk to people.