Okay, let’s get to it! These are my 9 reasons why you should put hashtags in your comments instead of the caption.

It keeps your captions clean

Achieving growth on Instagram boils down to how well you can craft your content to appeal to your audience. This includes everything from the image to the caption.

When people add hashtags to their caption they usually add them to the end. This takes away your option to conclude your post with a call to action.

These days people are somewhat desensitized to seeing a block of 30 hashtags but I still prefer to end my captions with a CTA instead.

There is a little trick when posting hashtags on Instagram and that is to use line breaks in order to have Instagram hide the hashtags even better for you.

Check out this example. 👇 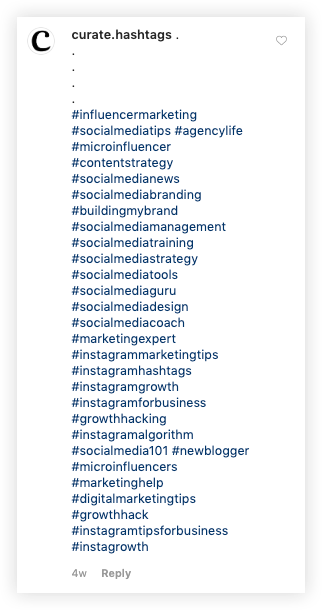 By adding your hashtags using this method you can have Instagram collapse the hashtags for you.

This means you get to still receive all the benefits of using hashtags but rarely are they seen on any of your posts.

This concept works really well if you have a lot of comments on your Instagram posts.

Instagram sorts the comments on your posts to show the most recent ones first. Since your hashtags are added via the first comment, they are the first to get replaced. 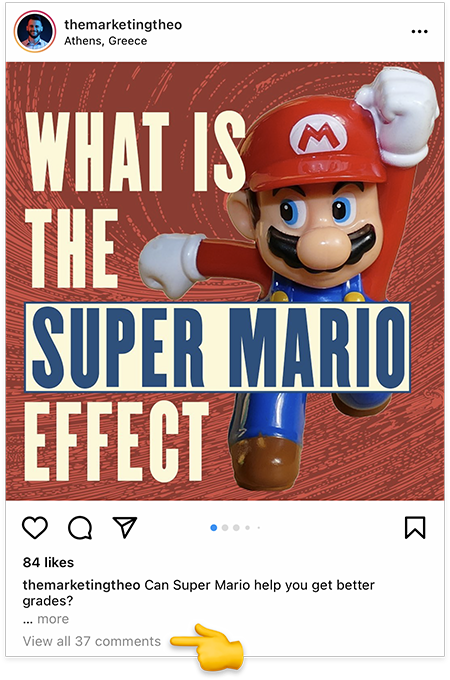 When people start to add their own comments, your hashtags will be buried under all the engagement.

Don’t give your viewers 30 reasons to leave

If I’m reading through your post’s caption and I see a clever hashtag, I might click it.

I’ll then go to browse the content in that hashtag and continue to jump around on Instagram.

I just left your page and stopped consuming any more of your content. Perhaps I didn’t even get to the end of the caption and read your CTA.

Don’t forget that Instagram measures the time users spend viewing posts as a metric of success so this also attributes to decreasing that statistic.

If you have an Instagram Business Account, then you can use third-party apps to help you grow your following.

There are many different tools out there to help with managing all aspects of your Instagram. For example, apps like Buffer and Later help you schedule your posts in advance.

Turns out there are apps that can automatically add your hashtags for you when you make a post on Instagram. 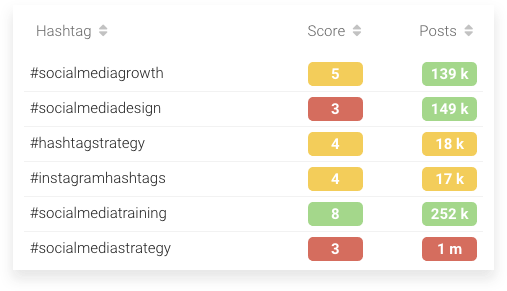 Curate is an app that allows you to browse all of your hashtags, get suggestions for new hashtags in your niche, and everything else related to using Instagram hashtags to grow.

All of these apps are approved by Instagram and therefore make it impossible to harm your account.

Easier to edit in the comments

But what if you make a mistake with your hashtags or you want to remove them after a few days to clean up your post?

Frequent altercations to a single caption could impact your visibility as it’s unknown as Instagram treats them.

On the other hand, if your hashtags are kept in a single comment, removal is easier and won’t have any negative impact on your content.

We should consider that people use screen readers to read the captions for them.

A screen reader is software for the visually impaired that reads the contents of a computer screen, converting the text to speech.

When you put your hashtags in the caption, you are forcing their screen reader to say all of your 30 hashtags out loud which can be frustrating to the listener.

Doesn’t detract from your statement

Finding the best niche hashtags isn’t always about directly relating them to what you are posting about.

As a simple example, if you are making a post about a dog, you may use #woofoftheday or #spoiledpup which may not be exactly what you want to convey in the sentiment of your post.

When these types of hashtags are in the comments they are generally hidden from view and are out of mind for any viewer.

It doesn’t prevent using a hashtag in the caption

What’s great about Instagram is not only do they support adding your hashtags in your caption or your comments, but you can do both.

This works well if you want to promote a branded hashtag in your caption then neatly tuck away the 29 other hashtags in a comment.

Be careful with trying to add a comment with 30 hashtags if you have already used the maximum amount in your caption. Instagram won’t allow it and you won’t get any visibility from your hashtags.

No matter where you place your hashtags — either in the caption or the comment section, you will ultimately still get the same amount of engagement.

But now, you know 9 reasons why putting them in the comments is the method you should use.