LGTBQ Marketing Has Changed Over The Years, But We're Not Done Yet.

Brands have the power to influence culture and to shape the public's mind, even subconsciously. Especially in today's climate, brands must be aware of the stronghold they possess and what changes they can insinuate moving forward.

Every advertising fanatic remembers Extra Gum's groundbreaking spot, "The Story of Sarah and Juan," set to the tune of Haley Reinhart's rendition of "Can't Help Falling In Love." No matter how many times I watch this spot, I cry every time when Juan presents his romantic masterpiece of Extra gum wrappers, followed by an emotional proposal. But this ad was released in 2015, the same year the U.S. Supreme Court ruled same-sex marriage legal in all 50 states. Plenty of brands, such as American Express and Absolut, responded to the Supreme Court win with rainbow images and temporary hashtags. So my first thought when writing up on Pride month was why did Extra have no LGTBQ representation in their most famous ad to celebrate this victory? I can't help but wonder how the message might have been different if homosexuality in love stories were to be normalized at an earlier stage, pushing for more well-deserved acceptance in the 21st century.

2020 is no exception to the annual June Pride-inspired marketing; however, this year, it's faced different challenges. Even during the coronavirus, when parades and celebrations have been canceled, we still see brands promoting their products with rainbow flags and special edition Pride-month products. Due to COVID-19, most Pride marketing has been tailored to only online, as retail has been closed for months. The #BlackLivesMatter movement, one of the most powerful and strong in our history, has only brought to light another meaning of Pride month, as the Pride movement itself was started by two trans women of color: Marsha P. Johnson and Sylvia Rivera. Reporter Jessica Sager wrote that “the Pride Movement began with the Stonewall riots against police brutality and oppression in 1969, which were largely led by LGBTQ+ people of color, making Pride, at its core, a voice for intersectionality since its inception.” So if #BlackLivesMatter and Pride Month are so intertwined, how come brands never truly spoke out before?

Back in 1994, Deutsch's "Dining Room" spot for Ikea showcased the first representation of an openly gay couple in advertising. This was considered groundbreaking and controversial for the time, even as the 21st century was approaching. The ad walks us through the process of the couple turning to Ikea for their furniture needs while touching upon their love story and how the couple met. Those 30 seconds forever changed the marketing world and how it tackles love stories. Audiences saw on television a real-life story of a couple that shops at Ikea, a couple living their everyday life. Yet they were outraged because it defied the heterosexual norms. But again, we ask ourselves, how come it took this long to show anything but a cisgender, heterosexual couple?

How has pride marketing changed over the years? It's become "trendy."

Pride itself has become a marketing ploy for brands to release rainbow-featured products during the month of June to attempt to make a societal stance. Even if brands truly do support the movement and its values, Pride has forever turned into a money-making special-edition color fest. However, some brands really do value the fight towards equality and love. One thing to keep in mind when shopping for Pride-inspired products is not just their rainbow allure but also the brand's actions and involvement in supporting the movement itself.

For example, Adidas' "pride pack" has great rainbow collection merchandise, but in 2018, the company sponsored the World Cup in Russia, a country with anti-LGTBQ laws that inhibit an unsafe athletic culture for the gay community. It's important to know where your money is going and if the brand is making strides that actively support the movement. 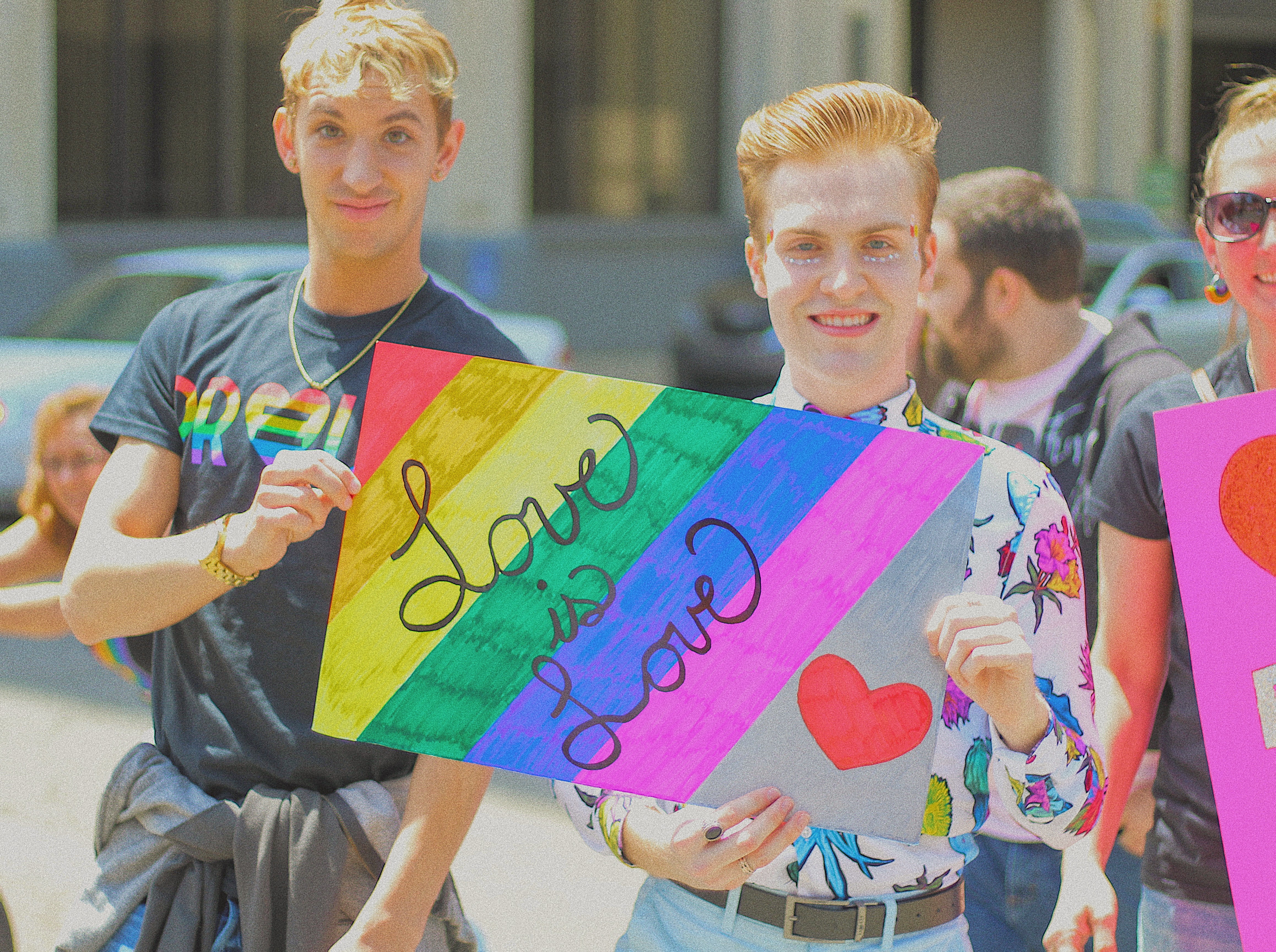 Here are some 2020 brands that truly support the LGTBQ movement:

Reebok: Reebok's "All Types of Love" collection will donate $75,000 to the It Gets Better Project, an outreach program that supports LGTBQ+ youth.

Converse: In the past, Converse donated $1,000,000 in support of local and global LGTBQ organizations, and their 2020 Pride Collection this year will benefit the It Gets Better Project, Ali Forney Center, BAGLY, and OUT MetroWest.

Dr. Martens: The brand's release of the 2020 Pride boot is being followed up with a donation of $25,000 to The Trevor Project, an organization focused on providing crisis intervention and suicide prevention to LGTBQ young adults.

Levi's: Levi's is donating 100% of the proceeds from its 2020 Levi's Pride collection to OutRight Action International, an organization that works to advance human rights for the LGTBQ community globally.

Uggs: The all-gender Pride Fluff Yeah sandal collection will be sold year-round, and the brand will donate $125,000 to GLAAD, an LGTBQ, American, non-governmental media monitoring organization.

I hope marketers acknowledge the power they have in influencing culture. Building off of the #BlackLivesMatter movement as well as the current strides in Pride, I can only hope that marketers and brands continue to show their support by continuous representation and diversity in their media and workforces, positive reinforcement of these powerful messages, and continuing to build the bridge between consumer values and actions.